History is a vital and important subject.  It helps us understand the present and anticipate the future.  Above all it is His Story – the record of how God has worked in and through humanity – and how human beings have been rebelled against, and been found by, Him.  There are many questions that arise out of history and we are delighted that a young PhD historian, Jack Hanrahan-Shirley, has agreed to become our consultant editor for this history section.  Please feel free to ask any question you like and Jack will ensure that someone answers!   We asked Jack to tell us his story… 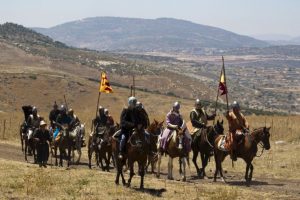 Did the Church Spread by Violence?

This is a follow up to an earlier article on the same subject. What is the Church? Is it true it spread by violence? What about the Spanish Inquisition? Witch burnings? The Crusades? What happens when the Church gets political power? Doesn’t the Inquisition prove that Christianity spread through Violence?

The number of people killed by the Inquisition (by which people largely mean the Spanish Inquisition) is variously estimated to be anything from 30,000 to 50 million.  The actual number is likely to be nearer 3,000 over 300 years.  This is not to justify or excuse what was an appalling chapter in one aspect of the church’s history – but it does set it in context.  And as Jack shows in his answer below – the Inquisition had nothing to do with the spread of Christianity.   Feel free to respond with your comments – or indeed follow up questions. 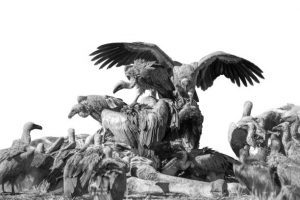 Coffee and Revelation 100 – The Wrong Side of History

Revelation 19:17- 21 – What does it mean to be on the wrong side of history? What is the difference between the marriage supper of the Lamb and the supper of God?

With my story I need to begin it at the very beginning. I was born 23 weeks premature and every thing that could go wrong did go wrong. One of my lungs collapsed, the scars of which I still carry, and I contracted neumonia. The doctors told my parents that I was more than likely going to die (thank God they were wrong!). After spending about 100 days in hospital my parents were able to take me home. However it didn’t end there. It was then discovered that I had Cerebral Palsy. I have had the privellege of growing up in a Christian household where we went to Church on Sunday as a family and I went to Sunday School. I remember thinking as a kid that everybody was a Christian and I was confused when a kid one time told me that they weren’t.

A significant circumstance in my conversion was my disability. Whilst I don’t have it as bad as some people, I thank the Lord that I am not wheelchair bound and that I’m not majorly physically impaired, it tested me as a kid in primary school. Whilst other kids were running around and playing hand-ball (no headers back in the old days!) I’d fall down getting grazes or I wouldn’t be able to get to the ball. This made me at first confused and then over time as I grew older I became bitter and angry at the kids around me to the point where I’m comfortable to say that I hated them and the world in general. As a result I became bitter, lonely and hate filled and to top it all off I thought that if I just ignored my disability then I could somehow get past it. Then I had my operations.

Due to how my disabilty affected my gait my spine was going to be twisted and I would end up in a wheelchair unless an operation was done. My family and I went down to Melbourne for the first operation that involved my legs being snapped in half and reset amongst other things. Needless to say I was in incredible pain following the operation and I took months to recover. Then after I had recovered from the first round and was enjoying getting some strength back I had to have another operation to remove pins and plates from my legs that had been left in them following the first operation. I was gutted after the second operation as all the gains I’d made up to then had been wiped out. I can’t remember exactly when during this period but I distinctly remember lying on the hospital bed and thinking that I was tired of trying to fight the world because the world was a dark and unforgiving place that would beat you down again and again with no mercy. Whilst as a kid and up to that point I’d never conciously doubted whether God existed I remember thinking that even if Christianity was fake only in Christianity does God prove Himself as Lord worthy of worship and following to the Gates of Hell and beyond. From then on I’d say I, by the Lord’s grace, became a Christian. From there it has been a continual process of growing, fighting and being disciplined in my Christian walk. I pray that God would keep me and all His people on the narrow path that leads to righteouness. I have always enjoyed reading history. When I was a kid some of my favourite memories involve me burying myself away in the library during lunchtime and reading a book about the Normans in England or the Roman Empire. I felt like I was going to another world and in some sense I really was. I find C.S. Lewis said about the necessity to read old books helpful when it come to history. History is one of the best and sharpest teachers we have.I am currently in the first year of my PhD in the subject of Medieval heresy and for any other budding Medievalists or Church History nuts, like yours truly, this area need a lot of attention. In this answer we look at the historical proof for Jesus – the sources, the virgin birth, the extra biblical sources and why the New Testament is historical evidence….

In this answer we look at the historical proof for Jesus – the sources, the virgin birth, the extra biblical sources and why the New Testament is historical evidence…. 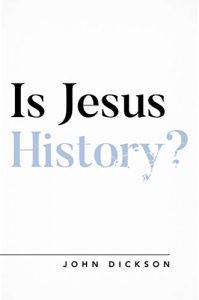 The question of “Did Jesus Exist?” is an interesting one as it reveals many things, including how we understand the world around us and our own place in it. Marvellous – Did the Resurrection Really Happen?

In response to one of the questions we received I promised to post this chapter from my book Magnificent Obsession here. If Jesus IS risen from the dead it changes everything…. 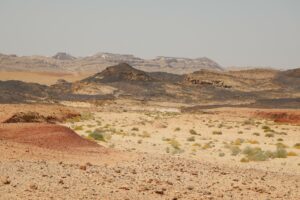 How should modern-Westerns think about the Crusades?

The phenomena of the Crusades are an interesting conundrum that is part of the historical inheritance of the Western Church.