John Calvin argued that of all the gifts God has given us, music is the most powerful.  It can be used for good and evil.  Our God is a singing God.  Christianity is a singing religion.  So much of the great music stems from creative Christianity – and we have to admit that there have been some bad examples from the church as well.  Which begs the question – is there such a thing as bad music?  Is it all just subjective?  There are many questions that we have about, and that arise from, music in our different cultures.  Please feel free to ask our musical consultant, Colin Buchanan. 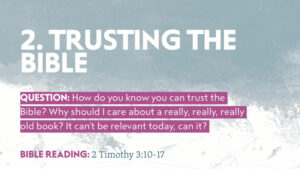 Born in Dublin in 1964, Colin Buchanan is a storyteller to a generation. On the release of his 1991 debut album, Galahs In The Gidgee, the Sydney Morning Herald declared him, “…simply the best singer-songwriter to emerge on the Australian Country scene in the last decade.”

Three decades later, Buchanan has more than lived up to early expectations, building a diverse and successful career across the media. He is a nine times Golden Guitar winner, both as an artist in his own right and as collaborator with the cream of Australian country music, penning hit songs for the likes of Slim Dusty, Troy Cassar-Daley, Adam Harvey, Beccy Cole, Amber Lawrence and a host of others.

An ARIA and multiple APRA award winner, Colin has achieved gold and platinum sales on multiple album releases. He is a beloved ABC TV Play School (and later Playhouse Disney) presenter and is the slightly shorter half of the iconic Aussie Christmas duo, Bucko & Champs. (“Aussie Jingle Bells” remains Colin’s most successful song ever!) For 10 years Colin hosted the nationally syndicated Toyota Outback Club radio show and he continues to appear as a regular panelist (and impromptu songwriter) along with the cream of Australia's comedy community on ABC Sydney Drive’s top-rating “Thank God It's Friday" with Richard Glover.

Buchanan’s serendipitous shift from primary school teacher to songwriter took place in 1988, when, as a 24 year old newlywed, Colin and wife, Robyn, headed west to spend a year at the remote Cornerstone Christian community in outback Pera Bore, Bourke, NSW. The following year the couple moved to the central-western NSW town of Grenfell. Uprooted from his familiar Sydney surroundings, songwriting became an enjoyable sideline and a sort musical journal for Buchanan. His ability to capture characters, places and stories in song found its way to music producer John Kane thanks to a lounge room demo cassette handed to Kane after a “Flying Emus” gig at the Grenfell Bowlo in 1989. With Kane’s help, Buchanan was signed to Universal Music and his debut album released by ABC Music in 1991.

In 1993 Buchanan released his first children’s album, the remarkable “I Want My Mummy”, still deemed his greatest work by devotees of “The Rhyming Song”, “My Dad’s Better Than Your Dad” and “The Out of Tune Song”. In 1996 Buchanan gathered together songs he’d written for church and Sunday school from as far back as 1984 for the first of his kids’ Christian albums, “Remember The Lord”. Multiple releases later, he remains Australia’s number one kids’ Christian artist.

Since 2006 Buchanan has established a formidable place as one of Australia’s most successful and prolific children’s picture book authors with nearly 20 releases through Scholastic Press. His work for adults includes a credit as co-author on Lee Kernaghan’s vivid 2015 memoir, Boy From The Bush.

With a long-awaited country album set for release in 2022, Colin Buchanan returns to his roots with a collection of remarkable songs inspired by the people, places and stories of everyday Australia. The first single, “In Real Life”, was released through Compass Brothers on February 25th, 2022 .

Sorry, we couldn't find any posts.

Sorry, we couldn't find any posts.