There are a lot of questions that people have about Christianity and science.  And there are just as many misunderstandings.  We are delighted to have Dr Frank H. Stootman as our science advisor.  Please feel free to ask any questions you wish and Frank will ensure that you are answered! 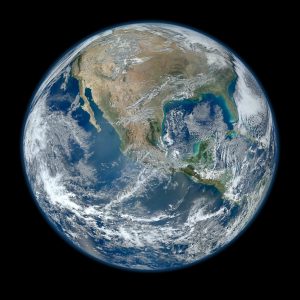 Can Christians accept the science of human-induced global warming? 

The issue of climate change is a controversial one for many people. But is there a particular Christian perspective? We will allow different people to answer this question. This first article is from Rev John Buchanan, the minister of St Peter’s Presbyterian Church in North Sydney. We are grateful to John for his insightful and informed contribution.

What about Population and Climate Change?

A question from Bruce about how population increase, agriculture and climate change are all related…. In this article Frank asks about the relationship between the ‘how’ question and the ‘why’ question. As Prof John Lennox points out – science can tell you how the kettle works, the properties of electricity etc – it cannot tell you why you put the kettle on in the first place!

I’m a retired Associate Professor of Physics at Western Sydney University. I had the pleasure of being part of the foundation of that university and developing the then physics major in the B.Sc. I spent 23 years teaching physics in all the undergraduate and postgraduate programs offered at the university. My research was in Astrophysics and I made collaborative contributions to the distribution of Hydrogen in the universe, Methanol maser measurements, and the scientific Search for Extra Intelligence (SETI). Most of my work was done with the Parkes Radio Telescope at Peak Hill in NSW, Australia. A major part of my teaching and research work has been computer programming, electronic equipment development, and theoretical physics.

I started following Jesus as a disciple when I was about 18 and have continued to do so for the rest of my life. My wife and I have opened our home for over 40 years as part of L’Abri Fellowship: a place of hospitality and thoughtful reflection for those seeking honest answers to honest questions about being a disciple of Jesus. Over the years, I have had the privilege to speak in Australia and overseas on the relationship between science and being a follower of Jesus and the relationship between science and the Judaeo-Christian Scripture.

Why am I interested in Science - Physics in particular?

I have always been interested in numbers and mathematics. I was fascinated as a teenager how Albert Einstein (1879-1955) was been able make mathematics work for him  and bring together mechanical and electromagnetic relativity into one new ‘special’ relativity: a remarkable feat of mathematical insight into the working of a rational universe repeated many times in all areas of physics. As a teenager, I also lived at a time in the 1960’s when space exploration and going to the Moon were central science issues. My then girlfriend (and now my wife of 50 years) sat together with me, in CarsIaw lecture theatre at Sydney University, and watched the Moon walk live in July 1969. I was inspired by rocket launches and how rockets could be made to travel trajectories that were the cross sections of a conic as predicted by Isaac Newton (1643-1727). You can see why I ended up at Sydney University as a Physics/Applied Mathematics major. As a minor I took classes Chemistry and Pure Mathematics and interestingly in Biology and Zoology because I was equally fascinated by the biological world. There was a time when I dabbled with a career in Biophysics. I did start out in that direction as a post-graduate student, but I ended up back in Astronomy as the major part of my professional life as a physicist.

Are not science and Christianity fundamentally opposed?

Of course you would not expect me to say yes to that question!

I have good reasons why I consider science and the Scripture as good allies and not enemies. It comes right down to the amazing universe we live in and the answers to the ‘why’ questions. It’s all really simple. Science has discovered a universe which is rational in form. Indeed the enterprise of science couldn’t be done if the universe was not governed by laws. Science has discovered that the physical universe has organisation, function, information, and fine tuning so that life like us can exist. The question immediately is, ‘Why?’  This could be dismissed as ‘we just got lucky and here we are’. It’s like winning the lottery. True, but the chance to win this lottery is so incomprehensibly small, that time, chance and quantum chaos do not offer a good starting point for explanation. A variation of 1 part in 1040 (a 1 with 40 zeroes behind it) in the change of the Gravitational constant would have created a different universe and one in which we could not exist in. And since we do exist, we need to be humble before this staggering fine tuning and continue looking for good answers.  Moreover, it isn’t just the fact that we exist. We have evolved the capacity to comprehend this remarkable universe. One set of atoms (us) looking at other atoms (everything else) and comprehending, understanding, abstracting, manipulating, theorising and experimenting, to gain remarkable insight into the universe’s workings.

Looking for a good answer to all this? Perhaps the idea of God is not so far fetched and worth a second look. The God revealed in the Judaeo-Christian Scripture resonates perfectly with the fine tuning and also why we are who we are. Firstly God is not a created being and therefore not contingent like our universe - he is what is called ‘transcendent’. Secondly, creation is something from someone with creative, artistic and engineering ability and therefore the universe is fine tuned to exquisite precision. Thirdly, humankind has properties which reflect being in his likeness. We have moral agency and are psychologically complex. We can comprehend the universe because we are a good fit with the form of the universe. We can respond to what is there.

If all of the above is a good answer then consider a consequence. God is revealed in Scripture, not only creator of the universe and us, but also a person - someone - with his own moral agency. It follows that relationship with God is possible but on his terms.

What are his terms?  Fundamentally doing what he requires. How do you know what he requires? The answer to this starts a Journey which I decided to do at 18. Read the Scripture. I suggest starting in the New Testament (towards the back of a modern Bible) in the book of Luke. You learn about Jesus and you will get a glimpse of what you must do to have a relationship with God.  And, of course, there are any number of people who will help you understand if you get stuck.

Write to me via this website if you have more questions or need help. 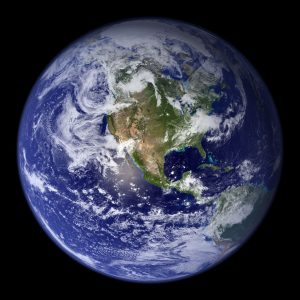 Do We Live in an Objective World? Dr Frank Stootman

In this important article Frank asks a basic and fundamental question – Do we live in an Objective world? How do we know what is real? How can we measure things outside, or within, ourselves….? Can we know or measure anything? 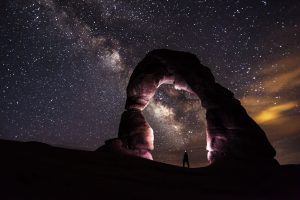 Is Science the Same as Naturalism

Why is the universe rational and lawful allowing science to be a useful enterprise? Why is there structure, function, organisation, and fine tuning in the physical universe? 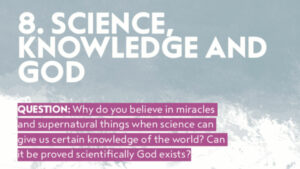 Many young people ask about the relationship between science and Christianity – because they are fed the false philosophy that science and faith are diametric opposites.